Bat Houses and Bats are an essential part of a healthy environment. Bat Houses and bats can be an important part of insect-control strategies aimed at reducing pesticide use, thus reducing pesticide contamination of our watersheds. One little brown bat can catch 1,000 mosquito-size insects in an hour! My smallest house can hold approximately 50 – 75 bats.

Unfortunately, many bat species are declining in numbers at an alraming rate. They are slow to reproduce, most bat species have only one “pup” per year. Bats suffer from habitat loss and human fear based on myths.

I have three (3) bat house models, all Bat Houses are certified by Bat Conservation International (BCI) — meaning they have passed all the criteria years of reseach by BCI has determined goes into the success of a bat house.

With wood prices being so volatile and predicted to continue to rise my bat house prices will be varying appropriately.

We need our bats and I want to continue supplying the quality “best bat houses” to interested people.

Thank you for understanding.

All of our Bat Houses are Certified by Bat Conservation International! 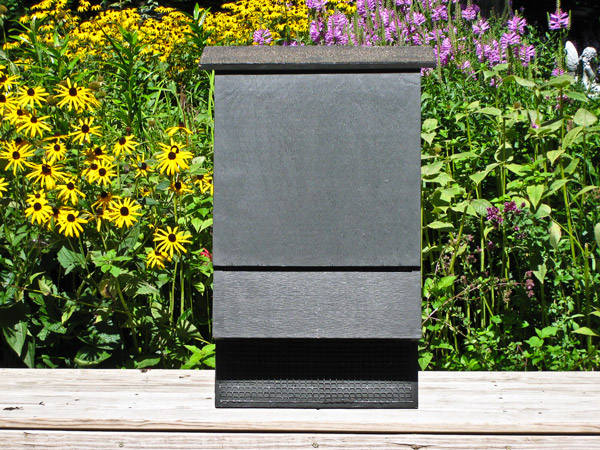 For Pole, Post, or Side of a building mounting

For Side of a building mounting

My houses are made with AC plywood, no chemically treated wood and pine. During and after construction I use a 40 year latex caulk on the joints, bats don’t like drafts. I countersink exterior grade screws and cover them with wood putty for added weather protection. The climbing mesh is stapled on with stainless steel staples to resist rusting. The interior gets 2 coats and the exterior 3 coats of Behr 25 year latex deck stain.

Other’s bat houses I have seen have 1½ inch chambers. This size is more attractive to non-target tenants such as wasps, chipmunks, etc. requiring more frequent monitoring.

5% of all sales will be donated 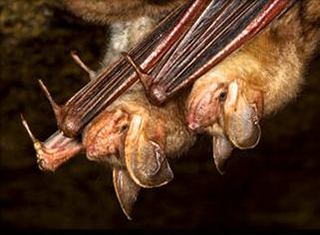 If you want to control mosquitoes, you want bats!

One little brown bat can eat up to a thousand mosquito-sized insects in one hour!

Bat houses should be placed by early April, however it may take a year or two for the bats to find it. Once residency is established, repeat use is the norm. Plus, if bats have their own home they won’t have any need for your attic. With every order, I include instructions for bat house placement, as well as mounting techniques.

Whether a bat house is pole/post mounted or mounted on the side of a building several things need to be taken into consideration. All bat houses should be mounted at least 10 feet above ground, and 12 to 20 feet is better.

Bat houses work best with at least 6-8 hours of direct sunlight (if only partial day sun is available-morning sun is preferable). Bat houses should be placed at least 20-25 feet from the nearest tree branches, wires or other potential perches for aerial predators.

With wood prices being so volatile and predicted to continue to rise my bat house prices will be varying appropriately.

We need our bats and I want to continue supplying the quality “best bat houses” to interested people.

Thank you for understanding.